Have A Nice Day 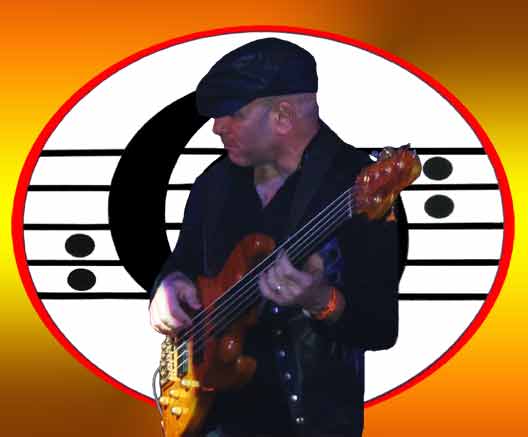 Even Steven Levee is an American musician, bassist, recording engineer, record producer and former nightclub promoter and booking agent. He is best known for his work with such bands as Life Force, ZRS, Lost At Home, Brad Factor:10, The Slashtones, The Freak Parade (with founding members of Utopia), his production work with indie label i-Potato Music, Barbara Lee George, MC Magic D and Gun Hill.

As a bassist he is known for his diversity, playing with rock, funk, jazz, blues and hip hop artists, and for his use of various fretted and fretless four, five and six string bass guitars. He is also well know within the music industry for hosting premier "all star" jam sessions at various nightclubs (Dancetereia, LimeLight, Space at Chace and Webster Hall to name a few) in the New York area and also appeared as a guest speaker in The New Music Seminar during the early 90's.

Even has appeared on HBO and Late Night with Conan O'Brien during the current century and continues to work in Music, Digital Media and is a consultant in the Information Technology field.

Even was born in Crown Heights, New York. He attended Miami Dade Junior College in Florida as an Art major while also playing bass in various local bands. His early musical influences of The Yardbirds, The Beatles, Jimi Hendrix and Led Zeppelin made his approach to music raw and quite loud..

After removing himself from college, Even returned to New York City where he proceeded to define his role as a professional Bassist recording in many of the major recording studio's such as Media Sound, The Record Plant and Sound Ideas to name a few. In addition, the groups he worked with played all of the best music clubs in town (Mercer Arts Center, Kenny's Castaways uptown, Max's and the list goes on). His group LifeForce was in the middle of finalizing a major deal with Paramount Records when the 1974 energy crisis caused Paramount to close their door due to a lack of vinyl (a petroleum product) to make records. The group split up and four of the seven hit the road as a Dance and Show band. With their new name, Life Source toured the US and Canada for the next year and a half until they each went their separate ways. Even came back to New York to see his horses and by the second day the phone rang and he was on his way to the airport and spent the next four years touring with a number of different Mid-West bands. He called Ohio home at this time but when he had to make a decision between relocating to Nashville or New York he chose the later and returned home to the farm to enjoy his family and animals.

Currently, Even has slowed down with performing live unless of course he takes a real liking to something. He is focusing right now on recording with just a few choice projects and artists.

With Brad Factor:10 back in the studio recently, the "Yuppies From Hell" are looking foward to an early summer release. Even, who is really excited said, "it's been a long time coming but we are all finally free and ready to polish this thing up and get it out there".

Check out a few of our past tracks & some videos at ReverbNation.Com/BRADFACTOR10. The new recordings will be posted accordingly.


2012-2014: Even was recording and performing live with Lauren Diamond and the South Paw Specials. He continued to perform live with Joy Ryder and the Rhythm Club up until Joy's untimely passing. And, a very occasional community service performances with Brad Factor:10 aka "The Yuppies From Hell".

99 Percent
Even Steven, Joy Ryder & The Rhythm Club with Gun Hill's TrP and Mission on a Mission hit the studio, demonstrations and stages to produce . You can it checkout
99 Percent on YouTube.Com (which also features a performance from TrP and Mission)

Also in 2012, TrP released his solo CD "Out Of This World" on iNdie label i-Potato Music. Even's Bass can be heard on 2 cuts: Reminisce and Deficit
(Deficit: Even produced and co-authored both the Track and Video).

2010: Even Steven Levee appears as bassist on the Eagle Rock release "This Is The Blues" Volumes 1 and Volume 4. Appearing on this monumental collection are performances by many legendary musicians including Jeff Beck, Mick Jagger, Rory Gallagher, Jack Bruce, Innis Sibun, Ian Anderson, Southside Johnny, Mick Taylor and members of the Yardbirds.

Even completed production of "Protected By Love" the CD by Barbara Lee George. Even played bass, mixed, engineered and produced this master piece. The CD is available on all major download sites including iTunes, Amazon and Rhapsody.

After completing a Summer of 2010 tour with soccer rock originators (and punk band) The 253 Boy, Even continued to make special appearances with the group. In February of 2011 The 253 Boys shared the stage with Roberta Flack and 5 other artists when New York Celebrates George Harrison illuminated a night of amazing music at New York Society For Ethical Culture.

Even Steven Levee on Bass appears on:
the Real Stormin' Norman's "MatchBox Universe" volumes 1 and 2. Evens Bass work can also be heard on Stormin' Norman & Suzy Live at the P&G.